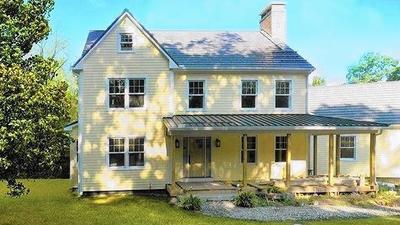 Experts blame slow job growth and the state’s budget woes for a lack of confidence among buyers considering a big purchase such as a house.

Across the state, the median sale price of a single-family house — where half the sales are above, half below — rose 4.2 percent, to $248,000, compared with $237,900 for the same month a year ago, on a nearly 18 percent increase in sales, according to the report from Connecticut Realtors, an industry association.

“This shows great momentum for a strong spring market that may remain robust into the fall,” Michael Feldman, president of the association and a realtor at William Raveis in Stamford, said.

The combination of rising sales and prices in a housing market coming out of a recession typically signals a homebuying market that is gaining momentum. In Connecticut, sales have been rising for more than a year, but prices have been slow to follow.

Experts blame slow job growth and the state’s budget woes for a lack of confidence among buyers considering a big purchase such as a house. Connecticut is the fifth year of a housing recovery.

A report last week from the Greater Hartford Association of Realtors, an industry association that tracks a 57-town area from Enfield south to Middletown, showed a 3-percent increase in the median sale price for a single-family house, on a 26-percent jump in sales. The median rose to $216,000 in April from $210,000 a year earlier.

A rise in the median does not mean that all house sales, or home values for that matter, are increasing. The median is influenced by the mix of houses sold and can vary widely from town to town and even neighborhood to neighborhood. Real estate agents say houses in desirable locations and with updated kitchens and bathrooms typically draw the most potential buyers.

Feldman said it is difficult to pinpoint the force behind the rise in the median price, given the number is for the entire state. While there may be pockets of price appreciation, Feldman said he believes the increase is more likely being driven by the mix of houses being sold. It is possible, Feldman said, that lower interest rates compared with last year may be allowing buyers to get into larger houses for the same monthly payment as they would have paid for a smaller house last year.

The increasing number of houses for sale mean the state is still generally in a buyer’s market, giving purchasers the upper hand in sale negotiations.

Both industry groups gather their data from the Multiple Listing Service, which has properties publicly listed for sale. Another source of market statistics is The Warren Group, which bases its reports on documents filed with municipalities.

The information on this website is for general information purposes only. Nothing on this site should be taken as legal advice for any individual case or situation. This information is not intended to create, and receipt or viewing does not constitute, a real estate agent and client relationship. Tier 1 Real Estate is licensed & insured. Call (860) 578-2016. Email with any questions you may have regarding this website, or anything associated with it. @2019 All Rights Reserved.